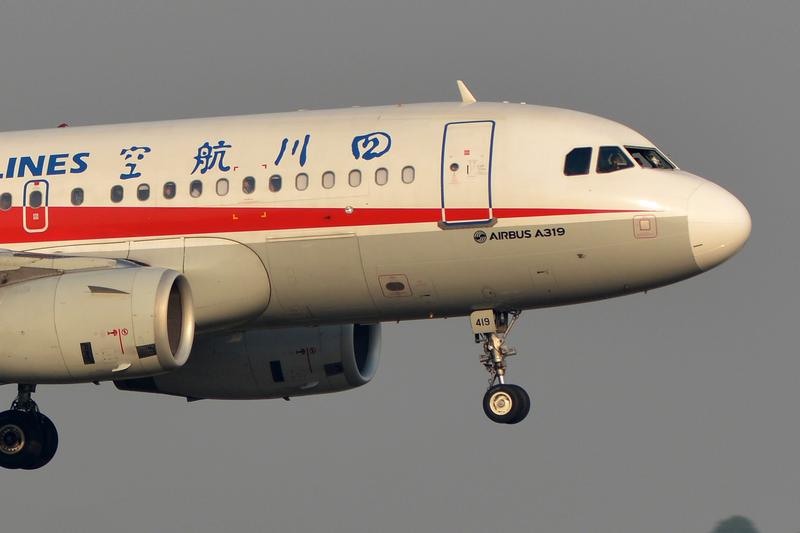 Sichuan Airlines Flight 3U8633 prepares to land in Chengdu with a damaged cockpit windshield (circle) on May 14, 2018. (WAN BI / XINHUA)

Captain Liu Chuanjian's heroic actions moments after a cockpit windshield blew out on Monday, nearly pulling his co-pilot from the Airbus A319, has won him praise from flight professionals and internet readers for saving over 100 people onboard.

Liu had just leveled his aircraft at a cruising altitude of 32,000 feet when a deafening sound tore through the cockpit. He looked over and saw the right side of the windshield gone.

There was no warning sign. Suddenly, the windshield just cracked and made a loud bang. The next thing I know, my co-pilot had been sucked halfway out of the window

"There was no warning sign. Suddenly, the windshield just cracked and made a loud bang. The next thing I know, my co-pilot had been sucked halfway out of the window," Liu told Chengdu Economic Daily after making an emergency landing, saving the lives of all 119 passengers.

"Everything in the cockpit was floating in the air. Most of the equipment malfunctioned ... and I couldn't hear the radio. The flight was shaking so hard I could not read the gauges," he said.

Sichuan Airlines Flight 3U8633 had taken off as scheduled from southern China's Chongqing Jiangbei International Airport at 6:26 am and was due in Lhasa, capital of the Tibet autonomous region, at 9:05 am.

The windshield shattered about 7 am at least 100 kilometers into the journey. The aircraft, which had been traveling at 800 to 900 k/hr, went into a nosedive that lasted five to six seconds, according to the newspaper.

The cabin crew had been handing out breakfast to passengers when the plane pitched forward.

Passenger Zeng Jun described the scene in an interview with Chengdu Economic Daily as "too scary and too dangerous". People were screaming, while bags and trays were flying everywhere, he said.

He recalled grabbing one of the oxygen masks that fell from overhead as a flight attendant began telling passengers to trust in the flight team. "When we finally landed, some of the women were in tears," he said.

The co-pilot, who was pulled back into the cockpit and buckled into his chair, suffered a cut to his face and a sprained wrist, and a flight attendant received minor injures, the Civil Aviation Administration of China's Southwest Regional Administration said.

Liu, who joined Sichuan Airlines after leaving the military in 2006, was able to right the plane quickly and made an emergency landing at Chengdu Shuangliu International Airport at 7:46, about 45 minutes after the windshield blew out.

After landing, most passengers were transferred to another flight to Lhasa, but 29 passengers were sent to the hospital, one with a sprain and another with bruising, China Central TV reported. 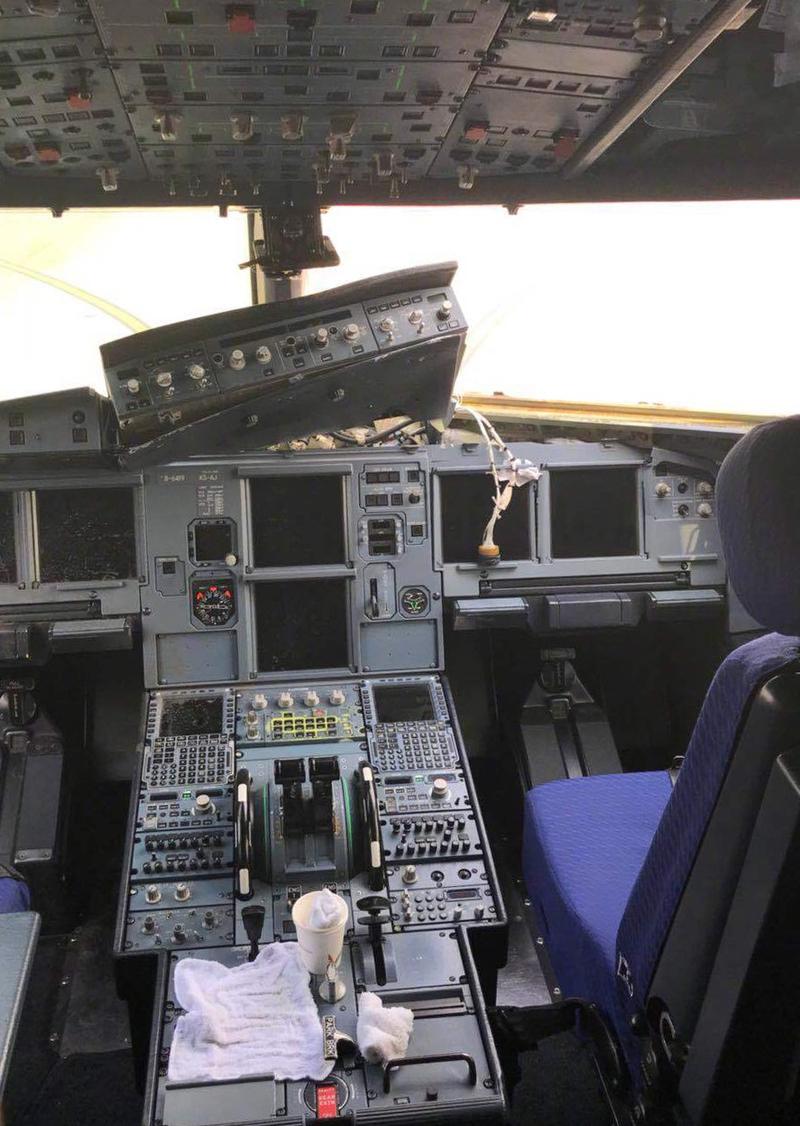 The Airbus A319 aircraft's flight controls were damaged in the incident happened on May 14, 2018. (SCREENSHOT OF CCTV VIDEO)

Liu later said the accident reminded him of a similar incident with British Airways in 1990, when a windshield separated from its frame, and the captain was sucked out of the plane. With the captain pressed against the window frame for 20 minutes, the co-pilot made a safe landing.

Li Xiaohu, head of safety for the aviation administration's Southwest Regional Administration, said an investigation has begun and the reason the windshield shattered will be looked into.

Zhang Wei, a council member of the Chinese Society of Aeronautics and Astronautics, said the broken windshield could have damaged the aircraft's structure, causing it to be unable to fly or causing more serious problems if it does.

The cockpit windshield is a very important part of an aircraft and may be the strongest glass on the craft. It consists of multiple layers and is very hard to break. This incident is very strange and only further investigation will lead to a resolution, Zhang added.